The Companion Show , just over two weeks now, is self explanatory but as everybody and everything, not just Glen of Imaal Terrier people and their dogs, are invited we are often getting a “and what else is there? Can I bring the family?” Of course the family is welcome.

Just one example: A family came last year to have their dog’s eyes tested for the first time and as it was something new for them they all came to support the dog. As they left over three hours later they came to say what a marvellous afternoon they had had. They had been in the Companion Show, done agility, done a few games, won things on the raffle, bought a book, bought some sweets and had a cup of tea and a bun for four and still spent far less than £20. 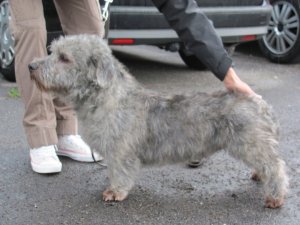 Bilbo’s Rioghan became a Danish Champion at the recent Copenhagen Winners. Congratulations to the handsome lad.

The Companion Show and FUNDay on the 16th is run by volunteers, not all are Glen of Imaal Terrier owners, who sometimes spend hours preparing for the event. Our very talented cakemaker is one of these ladies and a rather handsome cupcake is part of the first ebay auction. Have a look and see! 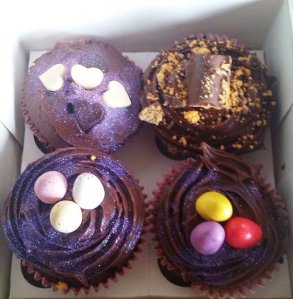 Over in America G.Ch Coleraine Mandalay Royalty added another first to her increasing portfolio. Curry became the first Glen of Imaal Terrier to take four consecutive Group placements in one weekend. Two Group 4, one Group 2 and then finished the weekend with a terrier Group First. She now has 27 Group Placements; is she the Glen with the most in the world?

Down in Florida Ch Finnabair Song O’My Heart also added to the breed profile with a Group 4.

Many congratulations to both.

..saw Romainville Typhoon take his first Championship Show Best of Breed. The Ashcrofts won’t mind it being said that they reasonably new to showing so to appear in the big ring AND get comments on how well their Glen of Imaal Terrier looked must have made for one terrific day. Congratulations.

Paignton Championship Show closes today. The show is held from the 1st-3rd of August and Terrier Day is on the 1st. The judge for Glen of Imaal Terriers is Norina Evans

The American Kennel Club have recently announced that from October their Kennel Gazette will be available online. Besides being cheaper to produce it’ll mean that many more could get to read it. As our KC is contemplating ways to be possibly more inclusive might this be one of them?

The news has been speaking of a “drought in the east”. When you have to mow a large field a bit less rain is an advantage! The field will be fine for July 16th (the date of the Companion Show & FUNDay) and, even though some have booked in, there is still room for anybody who would like to bring a tent, motorhome or caravan. Some schools break up the day before so if anybody is thinking of doing the Lincolnshire coast for a few days…

The Irish Sporting Glen of Imaal Terrier Club has a new website-check it out!

A few weeks ago Steve Dean became Chairman of the Kennel Club. His hopes and ideas for the job can now be read about. Is it to be new orders and ideas or the same again?