At the Troy Kennel Club Niamh of Cnoc finished her CH with a 3 point major by winning BOB over a special out of the Bred By class. The judge was Lydia Coleman Hutchinson.  Niamh now becomes one of the select band of Glen of Imaal Terriers that have titles both end Ch Niamh of Cnoc BN RN

At Combined Canine in Ireland Abberann Karl picked up his last Green Star to enable him to join the upper house so adds Champion to the front of his name. 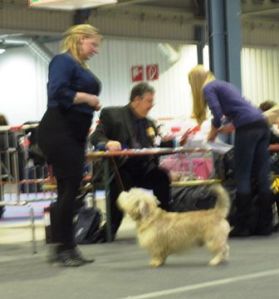