National Terrier (postal) entries close tomorrow -February 5-but you have until March 11th for online. The show is on Saturday April 6th at Stafford Showground. There are 14 classes for Glen of Imaal Terriers and the judge is Harold Gay. Glens will be judged 2nd in Ring 2

Westminster Kennel Club is the 11th/12th February and is usually broadcast online. Glen of Imaal Terriers are in more than the breed exhibition ring though as Laura Trainor writes:-

“The Westminster Agility competition will be live streamed on the Westminster website on Sat Feb 9th.  Niamh will be competing in the 8″ Preferred class.  In the past they have only videoed one ring – Jumpers With Weaves.  Niamh’s JWW run will be sometime in the 10 – 11 AM New York time range.”

The Glen breed competition will be on Tues Feb 12th in Ring 3 at 11 AM.  This will also be live streamed on the website.

The link below has more info. 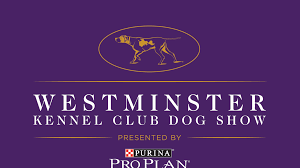 The Kennel Club have amended what will be required by ESTABLISHED judges during the JCF transition period. It’ll need (at least) a couple of readings to make sense of it so it may be worthwhile to bookmark it for reference.

Glen of Imaal Terrier people fly the flag with verve and enthusiasm so it’s rather nice when the hard work is noted in the Group ring and it certainly was this last weekend!

In Illinois Abberann Lament for Owen Roe took a Group 1 (Chain O’Lakes KC) and a Group 4 (Kenosha KC). Park Shore Kennel Club had Kilkenny’s Across The Universe At Setanta take a Group 3. The 2 day Erie Kennel Club Shows (Pennsylvania) was a triumph for Tipperary That Girl with a Group 3 and OHG2 on the first day and Group 1 with OHG2 on the second. Daulton’s Captain Jack of Roseglen was Best Opposite. Both Lake Eustis Kennel Club Shows and Greater Gainsville Dog Fanciers Association had Kilkenny’s Irish American Classic at Castlerockin the top spot.

The Narva Winter Cup in Estonia had Gleann Ho Ho Hogan in the top spot for Glens with Gleann Gildea with Nelli Best Bitch.

Kilkenny’s Across The Universe to Setanta

The Championship Show season started in the UK for Glen of Imaal Terriers with Manchester. Best of Breed was Boudivella Osca and Sigrid Helga at Pantcottage Best Bitch. Finland had Turku International Show with Highlanders Dream Casper getting the nod for Best of Breed with Gleann Una Noonan Best Bitch.

Over in the United States there was a lot of showing going on.Kilkenny’s Irish  American Classic at Castlerock did breed promotion in Florida was BOB at Hernando County KC, both Manatee KC shows, Pasco Florida KC and Tampa Bay but had to bow the paw to Long Lake Pharms Angus Fuller at Clearwater Kennel Club. Both Livonia KC Shows and Oakland County KC shows saw Daulton’s Gedunk Malone from Emerald Isle be awarded BOB

We had a number of very nice Glens.  The awards we’re spread among all of them over the course of the weekend.

Finnabair DD Ain’t It The Life

Westminster Dog Show has announced the entry for this year’s show. It’s different to Crufts insofar as they have a limit on the number of dogs allowed to attend so as soon as 2,800 is reached it’s no more. Nine Glen of Imaal Terriers will be there this year and Terrier Day is Tuesday February 12th. Keep an eye out because there is usually filming of each breed which is broadcast the day after.

The email from Jeff Dairiki just has to be shared in its entirety…and do take note of the bold!

At the Friday All Terrier Club of Western Washington Specialty in Puyallup, WA, under judge Lee Herr:

Also, in the 4-6 month puppy show, Ethan, Keadeen’s Beyond the Pale, went on to Best Puppy in Show!

Sunday, at the Tacoma KC show under judge Linda Wells:

Yes you read it right. An Owner Handler Best In Show, a Best Puppy In Show and a Bred By Exhibitor Best In Show as well as an OHG3. This must be the best set of results from a cluster EVER for Glen of Imaal Terriers!

Over in Virginia Northern Neck KC (how did it get the name?) saw Abberann Owen Roe take Best of Breed with Abberann Derbla Best Bitch at both of their shows. Greater Fredericksburg held two shows with Derbla taking BOB at one with Ber-D-Mar Sweet William Best Opposite. At the second it was Owen Roe again BOB (with G4) and Derbla Best Opposite. Clearwater KC had Kilkenny’s Irish American Classic at Castlerock taking the Glen of Imaal honours.

Finland has started their show year and at Kajaani International Gleann Una Noonan was Best of Breed with Gleann Indico Indy Best Dog.

What an incredible weekend indeed.

Schedules are available for various Open Shows scheduling Glen of Imaal Terriers in 2019.

The EFG Open Show  & Birmingham G&T are held at the same venue so there is the chance to do two shows in one day with only one set of travelling costs!

Manchester have released the entry figures for their show. Terrier Day is January 18th and there will be 10 Glen of Imaal Terriers for judge Patsy Hollings. Glens are in the Sandylands Hall (Ring 1) and will not be judged before 11.00am. As there are 87 dogs-3 breeds-to be judged before us it will probably be quite a bit later.

Before we celebrate the first 2019 Glen of Imaal Terrier achievements though the last of 2018 has to be honoured, particularly as it is from the Brains Department

Thought the results were all going to be American this week, as they have the better January weather, but Jeonty Dreams A Dream with Karensbrae in Scotland flew the flag with a Group 3 at Bon Accord. The place many would like to be is Palm Springs and Keadeen Second Star To The Right obviously loved it as she was BOB three days out of the four with Keadeen’s Luck Be A Lady Best of Breed on the last one. Columbiana KC saw Finnabair You Should Be So Lucky take Best of Breed and it was repeated at both Rubber City shows. Tipperary Uptown Girl and Kilkenny’s Granite Aine of Cloddagh were the Best Opposites. The two Merrimack Valley Kennel Club shows saw double Group 2 placements for Abberann Lament for Owen Roe with Abberann Derbla Best Bitch.

Keadeen’s Luck Be A Lady